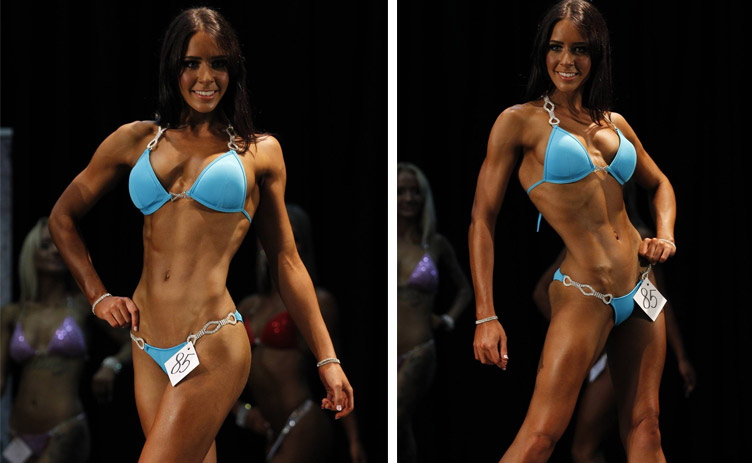 I competed in the INBA QLD State Titles in September 2014. 3 months before the competition, I had was sitting at 14.5% body fat. I followed the advice of a traditional, body builder coach to prep for my first competition and started eating 5 meals per day, all containing eggs or meat. After 8 weeks of this style of dieting, I came in at 12.5% body fat (loss of 2% over 8 weeks).

At that point my diet was changed. My carbs were restricted, seriously affecting both my mental and physical performance. My macros looked like this: 40% protein, 40% fats, 20% carbohydrates. After 2 weeks on that diet, my body fat percentage had INCREASED to 13.9%. My body went into “emergency-response” mode and began storing visceral fat around my organs, but I was told that this was “normal” and that it was my body’s response to becoming “so lean.”

The last 2 weeks before comp day were the worst. I went through carb depletion, carb loading, mood swings, difficulty concentrating, being lightheaded during training, gross oily skin, dark heavy bags under my eyes and honeslty, I was just plain stressed out and exhausted. During those last 2 crucial weeks I did not lost any body fat, but did manage to lose almost 1kg of MUSCLE – not really what you want when entering a fitness competition.

Interestingly enough, my traditional coach recommended a post-competition vegetarian diet. This was the perfect opportunity to try out Crissi’s new programs! But after 12 weeks of dieting, I just needed a break.

After my “break week” I launched straight into Crissi’s vegan fitness model program, hoping to do another competition 2 weeks later. I was immediately impressed with the flexibility, the variety of meal and snack options and the amount of in-depth information provided on wholisticbody.net . For me, the experience was the total opposite to being 2 weeks out from my first competition – I was full of energy, no mood swings, my skin cleared up, I could train properly, I wasn’t hungry and I definitely did not feel deprived.

I was measured again on Sunday, making the decision not to compete in the upcoming competition as I was just not confident that I would bring anything new. However, I remained in almost the same condition as I was before I stepped on stage the first time – only I had regained some muscle – even after a whole week off dieting and training!

The measurements speak for themselves – I am confident when I say that causing my body to have an “emergency response” is not healthy, and definitely should not be considered “normal.” It’s obvious through my regaining muscle while maintaining low body fat that my body has loved the Wholistic Body approach, and I can’t wait to represent Crissi’s message of bringing “real health to the fitness industry…” at my next competition – and maybe even bag a trophy while I’m there! 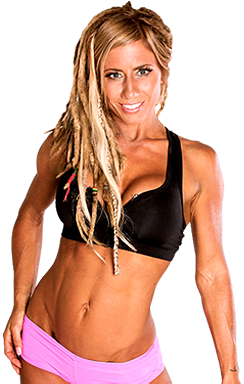